Only a few years ago, as recently as 2014, Bumbershoot was an eclectic festival full of local art, theater, comedy, and music where you encountered all types of people and artists. Under new management since 2015, AEG Presents (aka: AEG Live), it has turned into a destination festival for those more intent on drinking and partying than experiencing the quintessential Seattle art scene. 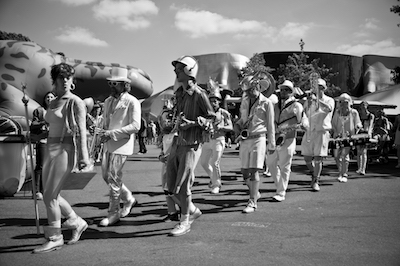 In previous years, there were a myriad of experiences to be had at Bumbershoot, which takes over the Seattle Center each Labor Day weekend. People-watching was a favorite of mine. You could relax on the lawn at the fringes of the crowd listening to a band play while watching the diverse people do their own thing. Two years in a row I happened to see a long-grey-haired, long-bearded, small-framed, 70ish-year-old man dance flowingly to the music while wearing a rainbow colored tutu—yes, that really happened. While dancing in a tutu isn’t necessarily my thing, it was liberating and fun to watch him enjoy those moments.

I started taking my daughter when she was four and would usually let her bring a friend along. Kids 10 and under got in for free. They would walk around with you all day, finding interesting music, art, crafts, and games that we might not normally experience as adults. The kids area—aptly named Youngershoot—was usually expansive, full of engaging activities for the little minds and hands.

The hundred or so vendor booths staged alongside the fountain area and under the canopy of trees by Key Arena were a plethora of shiny, intriguing trinkets, art, and objects that piqued the kids curiosity, as well as my own. And, of course, the day was only complete once they had stripped down to their bathing suits to run around the infamous Seattle Center International fountain. They would dare each other to run up and touch the shiny, metal side before getting caught in an eruption of water and laughter.

For those of us well past the awkward teenage years, it was amusing to watch the teenagers roaming the grounds in their gangly clusters. Sitting on the ledge surrounding the fountain area, chatting with their friends and eating festival food; usually one of the group was showing off for the others by performing various antics in and around the water shooting out of the dome-shaped fountain. At some point, they would eyeball the wares in the vendor tents for the perfect t-shirt or piece of jewelry to complete their ensemble. Rushing to and from the different venues, eager to see a current pop star like Katy Perry (in 2009), an up-and-coming group like The Decemberists (in 2005), or an old-school rock band their parents listened to like Jane’s Addiction (in 2012). To me, they represented the excitement of discovery; reminding me of the passions and freedom I found during that time in my own life. 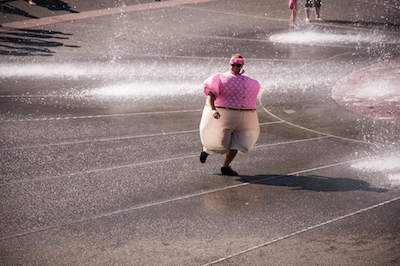 The festival had a little something for everyone. No matter your age or interests, there was bound to be something you’d enjoy. Unfortunately, that hasn’t been the case for the past few years. The new management has done their best to change the dynamic to that of a destination festival.

When I refer to destination festivals, I’m talking about the huge, mainstream music festivals serving up pop music with an abundance of alcohol and dancing, where most of the crowd are well under 40 and leave their kids at home. There are dozens, if not more than a hundred, of these throughout the United States, full of top bands and entertainment acts. People fly from all over the country and world to attend them, hence the name: destination festivals. The festivals run for multiple days, sometimes over two or three weekends, showcase a handful of internationally known artists—who could pack a stadium just with their own fans—and well over 100 lesser-known performers to fill the days with music. Ticket prices are in the hundreds of dollars for a single day and quickly approach $1,000 or more for a full weekend of entertainment—for one person. Those are just the entry fees, not including lodging or camping—which isn’t as cheap as you might think it would be—in the area and travel costs to get yourself there. Get ready to lay out some dough.

Some of the big ones are Coachella, SXSW, Lollapalooza, Bonnaroo, Austin City Limits, and Burning Man. Close to home, at the Gorge Amphitheatre in Washington state, we have Sasquatch! every year on Memorial Day weekend. 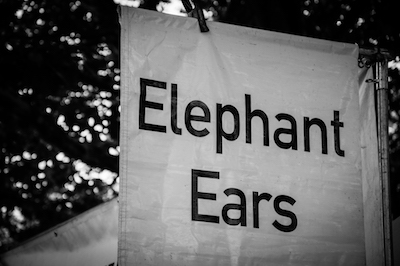 Destination festivals are full of drinking, partying, and dancing…as they should be. They’re designed for adults and, as a result, aren’t usually the best option for a family getaway. While more of these festivals are beginning to accommodate children—for example, ACL now admits kids 10 and younger for free and provides a family friendly area—that isn’t their focus, nor should it be. They’re trying to draw in twenty and thirty-somethings—or really any adult—with enough money to drink beer and wine, eat festival food, and buy the t-shirts and merch while enjoying the music.

Change is inevitable. I get it. I support it. I’ve taken two years—the 2015 and 2016 festivals—to experience the changes at Bumbershoot and digest why they upset me. I wanted to check myself, make sure I’m not just being that grumpy old 40-something guy who starts to think everything was better back in the day. 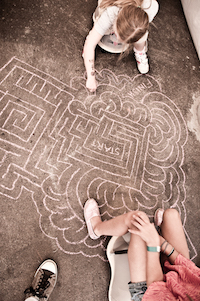 Starting in 2007, I enjoyed the festival for its friendly, open-arms approach to all attendees. No matter your age or entertainment preferences, you could find something to enjoy. After the first few years bringing my young daughter, I realized we could make this an annual tradition where she would find new things to enjoy each year as she went from childhood to adolescence and finally adulthood. It could be one more way for us to bond, enjoying each others interests and company, especially as she grew up and I grew older. The festival had everything we could want, no matter how our interests changed over the years.

And then it took its fateful turn in 2015. Instead of a diverse crowd with a healthy spread of ages and interests, it became overwhelmingly teens and twenty-somethings. Only children 5 and under were allowed in for free, which meant that parents of a 6 year old were expected to pay $100 for a day-pass for their kindergartener—um, hell no. As a result, there were far fewer families than I’d seen before. In previous years, the fountain area was filled with young children laughing and playing while their parents watched—even in the rain. In 2015 and 2016, there were relatively no kids playing in the water, rather there were bands of teens sitting on the surrounding concrete embankments. 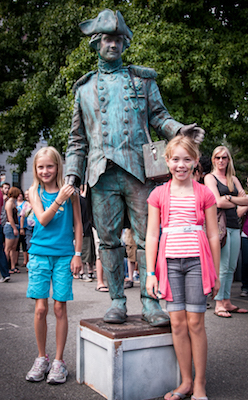 Allowing open containers of alcohol to be carried around the festival, instead of restricted to beer gardens—a new policy in 2016—contributed to the party atmosphere. To be clear, I’m not against carrying around a beer or wine while you enjoy the different bands and art. Sounds great to me. I enjoyed not being confined to a beer garden while sipping on my hefeweizen. But do so while respecting the other festival goers. Many of the teens and twenty-somethings were walking—more like stumbling—around obviously drunk and completely unaware of everyone else. After a long day of walking, my 12 year-old daughter sat on the lawn at our feet while we stood to watch Billy Idol—still an amazing entertainer. We were at the back edge of the crowd, with some extra room around us, yet she was continually run into and stepped on by drunk festival goers passing by. Eventually, I stood over her and even had to physically push away some of the stumbling idiots.

Along with the destination festival theme came the scantily clad girls and young women. We’re not prudes, by any stretch of the imagination, but it was another obvious difference from previous years. Just as you wouldn’t wear a business suit to the beach, it feels silly to see so many young women wearing next-to-nothing in 60-degree, partly cloudy weather around Seattle Center. We even made it a running joke with my pre-teen daughter, quietly using our code word “piroshky” whenever we saw a girl falling out of her top or butt cheeks hanging out of her short-shorts. At least it was a fun way for us to handle the overwhelming abundance of little-to-no clothing. 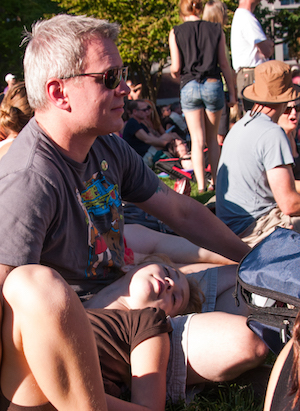 Below is a chart of the single-day cost since 1980 (also here), based on the information I could find online; there are several years missing. It starts at $2.50 in 1980 and rises all the way to $149 in 2017. The noticeably steep increase occurs in the past 5 years though, rising from $62 in 2013 to $149 in 2017, a 240% increase. Quite frankly, the increased price of entry doesn’t correlate to an increased value. And here’s a chart of Bumbershoot weekend pass prices over the years. 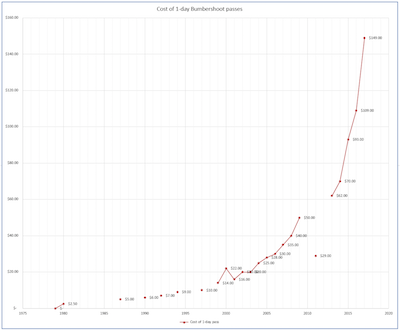 Things I enjoyed during the festival in 2016 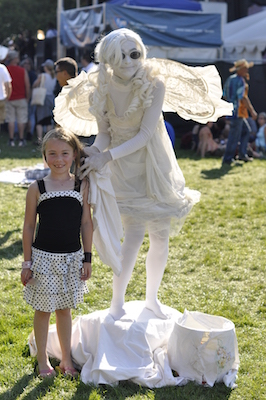 Bumbershoot used to be a Seattle festival full of eclectic art, music, and experiences that was accessible and interesting to all. In the past few years, it has been turned upside down, into something completely different from what it was and, most importantly, what it was meant to be.

Others who feel similarly

All photography by me, Tod Hilton.