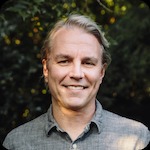 I’m passionate about technology, writing, and helping others.

We’ve all got ‘em, but not everyone realizes what theirs are or when they’re using them. These are mine.

This is where I cut my teeth on technology; designing, setting up and supporting a small network environment. After supporting the firm of 20 people on Novell Netware 3.0 for a year, I migrated them to Windows NT 4.0 on a custom spec’d server with RAID 5 for data redundancy, offsite tape backup storage plan, and Windows clients.