In no particular order, these are some of my favorite books that I read in 2021. 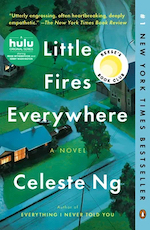 I really enjoyed Celeste Ng’s Little Fires Everywhere, even more than Everything I Never Told You (read in 2020). Ng (pronounced “ing”) delivers mystery, suspense, and character depth in complex stories that are entertaining and engaging.

As a nice bonus, the series on Hulu is well done and adheres to the source material fairly well. Admittedly, I lean towards accepting the creative differences that inevitably occur when transitioning stories from the page to the screen. Thumbs up for both. 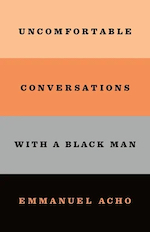 Uncomfortable Conversations With a Black Man, by Emmanuel Acho, is one of the most accessible and pragmatic books I’ve read on the topic of race. Each chapter is like you’re sitting with him in a coffee shop, casually chatting about these sensitive topics with a sense of safety and openness. It’s particularly refreshing, given that conversations about race are usually rife with discomfort, misunderstanding, defensiveness, and knee-jerk reactions (referring to white folks here).

Acho candidly calls out the questions many white people are curious about, yet too nervous to ask. For instance, chapters named The Name Game: Black or African American, The False Start: White Privilege, The Mythical Me: Angry Black Man, and Shifting the Narrative: Reverse Racism. He follows a simple three-part model for each topic and keeps the chapters succinct, making them fairly quick, digestible reads. Chapters begin by providing a description and historical perspective (titled Let’s Rewind), then the author’s interpretation of how it impacts people (titled Let’s Get Uncomfortable), and end with pragmatic advice for how to create change (titled Talk It, Walk It).

For those beginning their journey of allyship and trying to understand race in the U.S., this is a great starter. And if you’ve been educating yourself on systemic racism for a while now, it’s a solid refresher.

I also highly recommend watching the video series that inspired the book, Uncomfortable Conversations With a Black Man.

Martha Wells, the same author who brought us a sarcastic, self-aware security robot in Murderbot (see my top reads from 2020), gives us the fantastic Books of the Raksura. The Raksura are a shape-shifting race, often confused with the Fell, another shape-shifting race with a much different culture. Wells has built a completely new world for us to enjoy; one with depth and expansiveness in its geography, societies, cultures, and peoples. I use the word peoples generically, because Wells doesn’t include humans in the lineup. It’s refreshing to approach the main characters without the broad assumptions we often apply to humans when they’re the center of a fantasy world. The Books of the Raksura are entertaining stories with character arcs that allow the reader to experience their growth and development. The series, in my recommended reading order: 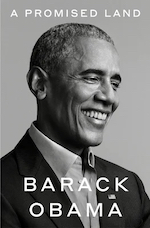 The longest book I read this year (767 pages!), Barack Obama’s A Promised Land is densely packed with details of his life from childhood through most of his first presidential term. Originally intended to be a single 500-page book, it has turned into the first of two volumes. While he discusses his young adulthood, relationship with Michelle, and his early political career, most of the book delves into his time as President. It was intriguing to read his perspective, not only on the world events and situations but the high-profile people involved and their behaviors. Obama allows us to peek behind the curtain and it’s fascinating.

Worth noting: After four years of listening to Trump’s inept speeches and inflammatory tweets, it was refreshing to read an (Presidential) author who knows how to use the English language with such accuracy, fluency, and robustness. Obama is an excellent writer, filling the pages with information, humor, and life experiences. 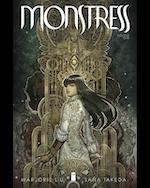 With the Monstress series, Marjorie Liu & Sana Takeda have created a wondrous and dark world for us to experience. In the midst of war, they explore friendships, connections to family, genocide, racism, slavery, politics, and so much more. Even though the topics are often dark, their expansive imagination is a joy to behold in the story and art. The series so far: 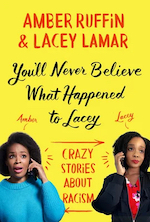 Enlightening, approachable, and hilariously maddening. Sisters Amber Ruffin and Lacey Lamar co-wrote these tales of Lacey’s experiences as a Black woman that will have you cringing in exasperation while also laughing-out-loud at their absurdity. 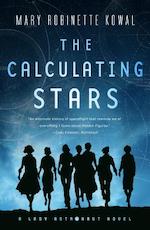 The Lady Astronaut series, by Mary Robinette Kowal, is an alternate history of the 1960s where Earth encounters an extinction-level event when a metorite (not a meteor!) hits the planet. It starts the process of drastically altering the Earth, exponentially increasing the rate of impending climate change. Yes, it’s as bad as you might think and spurs the world’s countries to work together. Through an engaging story, Kowal intertwines aspects of sexism and racism that were (even more) rampant in society during the time. The series so far: 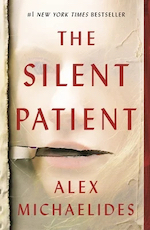 I read The Silent Patient, by Alex Michaelides, on a whim when it was recommended by a co-worker. It didn’t disappoint. I enjoy mysteries and this one kept me turning pages to see what happened next, hoping for a clue to the real story. Admittedly, the twist ending caught me by surprise. Well done! 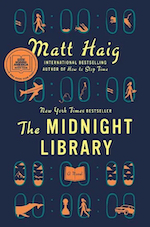 I thoroughly enjoyed the character’s journey (journeys, really) and the plot twists of Matt Haig’s The Midnight Library, even when I saw some of them coming. An entertaining read! 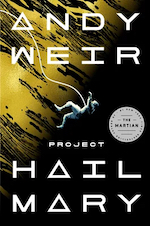 I put off reading Project Hail Mary, by Andy Weir, because many friends had mentioned how The Martian was extremely technical and lengthy. I didn’t want to spend my time laboring through scientific details that I wouldn’t (and didn’t really care to) understand. A few friends assured me that wouldn’t be the case with Project Hail Mary, and they were right. While the science is present and likely well vetted (based on the acknowledgements), I found it easily digestable. When the science did get a little lengthy for me (rarely) it was easy enough to skim those passages and move on with the story. The story was fascinating, especially the main character’s arc, which had more than a few surprise twists. Well worth reading!